A Niggling Question of 37%


Now into our second month post the Referendum vote, the Brexit bandwagon rolls on and our brand new prime minister, Theresa May, has been on tour seeing what can be cobbled together by way of agreement or any kind of coherent strategy regarding our supposed departure from the European Union. Like Private Eye editor, Ian Hislop, who stated on Question Time that ‘after an election or a referendum, even if you lose the vote, you are entitled to go on making the argument,’ I am disinclined to simply sit back and watch the show.

I am mightily disgruntled.

'Brexit means Brexit,' we hear ad nauseam. 'The public gave their verdict. There must be no attempts to remain inside the EU, no attempts to rejoin it by the back door,' Theresa May said in her leadership bid. That the need for a referendum itself was misjudged, that the arguments in the run-up were frequently misleading, that the simplicity of the two words on its ballot - leave and remain -  disguised a matter of breath-taking complexity with no caveats, no codicils, no other options, no yes buts and no clear plan at all should a leave vote be returned, are things about which I cannot keep silent.

My continuing quibble lies with May’s phrase 'the public gave their verdict'. Because if you take into account the entire eligible electorate, it turns out that only 37%, I repeat, 37% actually voted to leave the European Union. 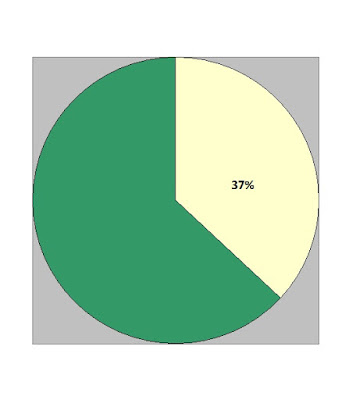 
We cannot know for certain how the 13 million might have voted. Yet their silence cannot easily be discounted. A wish to divorce – and let there be no mistake that this intended break-up from the EU is anything prettier -  requires effort and will. You have to get up off your sofa and, as unpleasant as it may be, act on your intentions. You have to file papers. You have to physically append your signature. Failure to do this implies an acceptance of the status quo. Even after such steps are taken, the issuing of a decree nisi is a stop-gap, a provisional notice, giving further time for any objections to be raised before a decree absolute comes into force.

Voters asked either to leave or remain needed to decide whether to profoundly and irrevocably alter the constitutional, legal and trade arrangements of the UK with the EU, or to continue with the status quo. It is true that a significant number of people - 17,410,742 of them – by placing an x beside Leave on their ballot papers clearly had dismantling in mind. But nearly as high a number (16,141,241) did not give their agreement to separation. Nor, crucially, did the additional 13 million absent from the polling stations. It cannot be construed in any way that their silence implied or continues to imply assent. It does not.

In all, 63% of the eligible electorate did not vote to leave.

True, it is the case in any election that voter turnout usually falls short of 100%. (Which is the main reason, incidentally, that I believe that voting should be made obligatory.)  But this referendum was quite a different kettle of fish to a general election after which we send constituency MPs to act in parliament on our behalf act on a range of matters. 'The complexities of legislation and their intended effects are not feasible subjects of referendums,' says Professor A.C. Grayling in The New European, 'that is why we appoint plenipotentiary representatives to deal with their detail. That is correlatively why, in almost every mature democracy, referendums are sparingly used, and why, in the case of the 23 June referendum, it was explicitly stated to be advisory only.'

Even if we look at the figures from the actual turnout of election, the 'victory' given to 51.9% is a 'win' only by a hair’s breadth. That the majority required for such a far-reaching decision was not set much higher is another failure of politicians who did not think through the consequences of what they were putting in motion. This same government championed changes to legislation on going on strike (an action much less consequential to the nation as a whole yet still recognised as a serious matter) to require a higher bar than this: the unravelling of complicated treaties and regulations, which may take years.

In the aftermath of the Referendum, the official results of which were so close that we are effectively breathing down each other’s necks, we are all too aware of the divisions revealed  - of old voters versus young voters, of voters in deprived regions versus metropolitan areas, of anti-immigration sentiment versus support for the free movement of peoples, of Northern Ireland and Scotland versus England and Wales.  Of anomalies such as the Leave vote being strongest in areas most economically dependent on the EU.  We lined up behind different agendas.

It is imperative that our parliament needs to take this into account and act for the UK as a whole. It cannot renege on its duty to safeguard our economy and our wider interests. Yet despite the referendum being advisory only and not legally binding (the European Union Referendum Act 2015 contains no clause to make it instantly law) and despite this fact being as true and stark over a month ago as it is now in August, the Brexit steamroller continues.

Two women in a café yesterday, happy about the situation, nodded in agreement with each other that 'lots of countries are queueing up to trade with us.' Relaxed and jokey, they chatted away over their frothy cups of capuccino. Yes, on the comfortable and bright bench-seating of Carluccio’s in Walton-on-Thames, things appeared to be holding together well. But so does an air mattress look remarkably like itself for a time after it has been stabbed with a nail, although you can be sure it is leaking and will certainly collapse under your weight if you try and lie on it.

Meanwhile the gung-ho articles spool out from the tabloid press, the Sun already campaigning to bring back the blue passport as a 'symbol of our independence' after Brexit; the Daily Express conducting on online poll  that 'has revealed that 98 per cent of respondents - 3,548 people - want the historic Brexit vote to be enacted now instead of Britain being embroiled in months of talks with Brussels bureaucrats.'

We have the Telegraph soothing us with its 10 European countries for British retirement: living costs, property and pension tax compared though nary a whiff of Brexit consequences; while lawyers on the Freshfields website try valiantly to help businesses creep through the unknown landscape of a post-Brexit UK assisted by timeline diagrams of Brexit by Act of Parliament, Brexit by Royal Prerogative and long lists of bullet points on the WTO Option, The Norwegian Option, The Swiss Option, The South Korean Option, The Turkish Option.

We have the Telegraph's Allister Heath upbeat about future trading partners ,writing shortly after Theresa May took over as Prime Minister that 'it would be a wonderful symbol were we to flesh out our first draft trade deal during her first 100 days, even if only with a small economy.'  The italics are mine, meant to underscore the oddball gleefulness expressed at the prospect of scrabbling around for any pickings in the yard when, up until now in trade terms, we have been well ensconced at the top table. Or to extend the metaphor of the American Michael Moore, who stated we are voluntarily demoting ourselves from the Premier League, it seems to me we are now trying to fix up a Sunday afternoon kick-about in the car park with a handful of bored shoppers and a pantomime horse.

Realities are potentially much more biting, as in earnest reports about a worrying decline in British manufacturing , a plunge in consumer confidence , warnings of recession ,a sharp fall in the services sector.  These are the kind of consequences that John van Reenen, Director of LSE’s Centre for Economic Performance, foresaw. He was not taken seriously – of course by the tabloids such as the Sun, the Express and Daily Mail – but also, more alarmingly, also by the BBC who ‘failed to reflect the consensus view of the economics profession on the harm of Brexit,' he says. 'A huge survey of British economists showed that for every one respondent who thought there would be economic benefits from Brexit over the next five years, there were 22 who thought we would be worse off. Yet time and again, there would always be some maverick Leave economist given equal airtime to anyone articulating the standard arguments.’

Meanwhile, with François Hollande telling us the sooner we go the better and Angela Merkel not necessarily wanting to speed up negotiations we have entered an extraordinary chicken-and-egg situation: no assurance on deals until Article 50, or no Article 50 before some kind of assurance on deals. Such flippety ping-pong gives little confidence to business, industry, or non-British EU citizens currently living here.

In the Financial Times,  David Allen Green argues that Brexiteers have not yet stepped up sufficiently to the task ahead. 'In its rewriting of domestic law and policy and its refiguration of foreign and trade policy, Brexit will be the single biggest exercise by any UK government in peace time - on top of governing a country in a period of austerity with limited public spending and a small majority....If Leave politicians were candid and realistic about the years, sweat and tears ahead, you could believe they were up to it.  But they maintain it is easy, and unless their attitude changes, it is this complacency that will defeat them. Denialism and wishful thinking are not enough.'

No map, no plan, perhaps no compass. Making it up as we go along – oh the jolly surrealism of it all. We live in a UK where the Silly Season started early, on the morning of June 24, whereafter the papers have continued to publish untimely April Fool’s joke after April Fool’s joke.

Of course, one must continue to be optimistic and to hope that all will come good. For the record, I accept and respect that a large number of my fellow citizens want to leave the EU. I have, in fact, never been the lover of large unwieldy organisations in general or the creaky bureaucracy of the EU in particular. Perhaps, when it comes to trade, we will be able to have our cake and eat it too – which is pretty much the policy of Boris Johnson, whom the Brexiteers had down as their prime ministerial Hair Apparent. Now, as Foreign Secretary, he is doing the rounds of embassies and chancelleries, dissociating himself from previous howlers and insults and abandoning, it can only be prayed, his schoolboy short-trousered banter in favour of statesmanship and diplomacy.

But what is the engine behind all this, distracting us from other pressing domestic and global matters of security and terrorism, energy supply, the need for renewed tolerance, the environment?

‘The British people have made their decision and now everyone should be focused on getting behind that and making a success of Brexit,’ said a spokeswoman delivering the Prime Minister's instructions to several peers in the House of Lords who were ‘plotting’ to delay the triggering of Article 50.


But, I wonder, did ‘the British people’ truly make their decision? This is my sticking point and where I am so uneasy. Did June 23 actually deliver an iron-clad mandate?  Despite gloating prose in the tabloids that would have us believe we have already slammed the door on the EU, 29 million adults on the electoral roll have given no such unequivocal order.

No.  Brexit, as envisioned on 23 June, is by no means a fait accompli.  The fat lady ain’t sung yet.